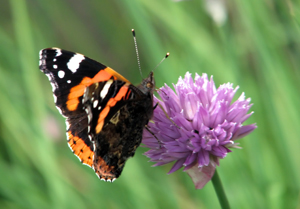 Last night I saw an interview with Miriam Meckel, professor for Corporate Communication, on TV. It was mainly about her new book reflecting her experiences with burnout.

The interesting part for me, however, were her comments on the effects of algorithm-based match-making in many areas of the Internet. Not only do we get hints at Amazon about books I might like based on what I recently ordered, also on Facebook I might get suggestions on people I might like. Just to mention 2 cases.

Miriam Meckel’s point was that we might miss interesting conversations, if we only get to know people that are like ourselves – based on the evaluation of some computer algorithm. In real life the most surprising ideas might arise from talking to people we originally might have considered boring and disliked.

So, does this lead to communities of people who are all alike ? And what if the initial proposals are somewhat off in a certain direction and this will enforce a specific direction.

This brings me to something that came up when reading Jeff Jarvis’ “What would Google do?”. Jeff Jarvis explores the Google business model of openness for other industry. One example he explores is restaurants. He suggests that restaurants should give the customers the option to influence the menu or the specific recipes or ingredients. Now what if the first 3 customers like spicy food and comment on this. Would this make or drive the restaurant into becoming the center for spicy food in town, although the chef might prefer something else? Would this make the result a matter of luck.

Putting these 2 points together. Do algorithm-based approaches to communities and preferences as they are common in Internet applications drive towards clusters of average people around a random core, depending on the first initial people joining or commenting ?

The Butterfly-Effect in Social Media